Tough day on field for India A vs South Africa A 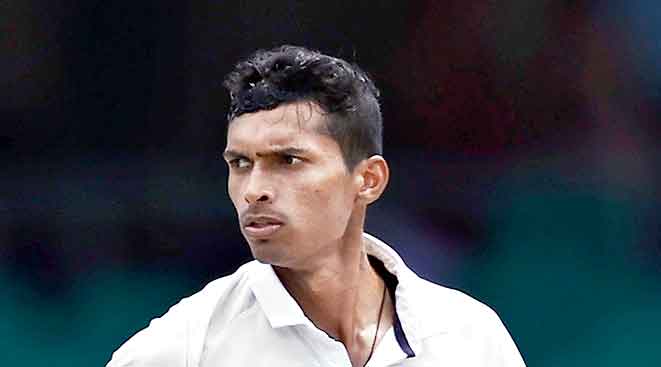 The India A bowlers had a tough time on the field as Pieter Malan and Tony de Zorzi scored centuries to take South Africa A to 343/3 at stumps on Day I of the opening four-day game here on Tuesday.
After opting to bowl, the Priyank Panchal-led side got two early wickets before Malan (157 batting off 258 balls) and Zorzi (117 off 186) shared a 217-run stand for the third wicket to put South Africa A in a strong position.
Pacer Navdeep Saini, who has lost his place in the Indian team, took a wicket and so did left-arm speedster Arzan Nagwaswalla and Umran Malik, who was picked in the A squad after impressing with his extra pace in the IPL.
All the three spinners — Rahul Chahar, K.Gowtham and Baba Aparajith — failed to pick up a wicket.Chahar, who was a part of India’s T20 World Cup squad, conceded 75 runs in 19 overs.
The three-match series is being scheduled ahead of the senior team’s tour of South Africa beginning next month.Opener Prithvi Shaw and Hanuma Vihari, who was controversially not picked for the two home Tests against New Zealand, are playing the match, while Bengal’s Abhimanyu Easwaran is also in the XI.Brief scores: South Africa A: 343/3 (Pieter Malan 157 batting, Tony de Zorzi 117; Arzan Nagwaswalla 1/58) vs India A.

Ajaz Patel gets verified on Twitter, thanks to Ravichandran Ashwin

Team India to shield Ajinkya Rahane from ‘outside noise’